A small number of phytoplankton species have the capability of synthesizing unique biotoxins as their physiological responses to the environment. Although toxin production has been naturally present since perhaps long before our human recognitions, it seems to occur more frequently and adversely to marine ecosystems and human health in the past decade.

From the west coast of the United States to the northern Gulf of Alaska, Pseudo-nitzschia, a genus of diatoms, and Alexandrium, a genus of dinoflagellates, are similarly the culprit causing recent harmful algal blooms (HAB) events. Pseudo-nitschia produces domoic acid (DA) and Alexandrium produces saxitoxin (STX) and related congeners both of which have been known to contaminate filter feeders such as shellfish (clams and mussels) and crabs. Human incidental consumption of DA or STX contaminated seafood might develop amnesic shellfish poisoning (ASP) and paralytic shellfish poisoning (PSP) syndromes, respectively.

DA and STX are tested regularly for commercial and recreational shellfish and crabs by either state agencies (as in Oregon) or research/tribal entities (as in Alaska) to prevent life and economic losses. A growing amount of outreach and education activities has successfully increased people’s awareness. However, more evidence shows DA and STX actually spread broadly in marine food webs through trophic cascading. Here an ongoing project “Prevalence of Paralytic Shellfish Toxins (PST) in the Marine Food Webs” will lead you to explore STX transfer from the algae Alexandrium to the upper trophic predators such as salmon. 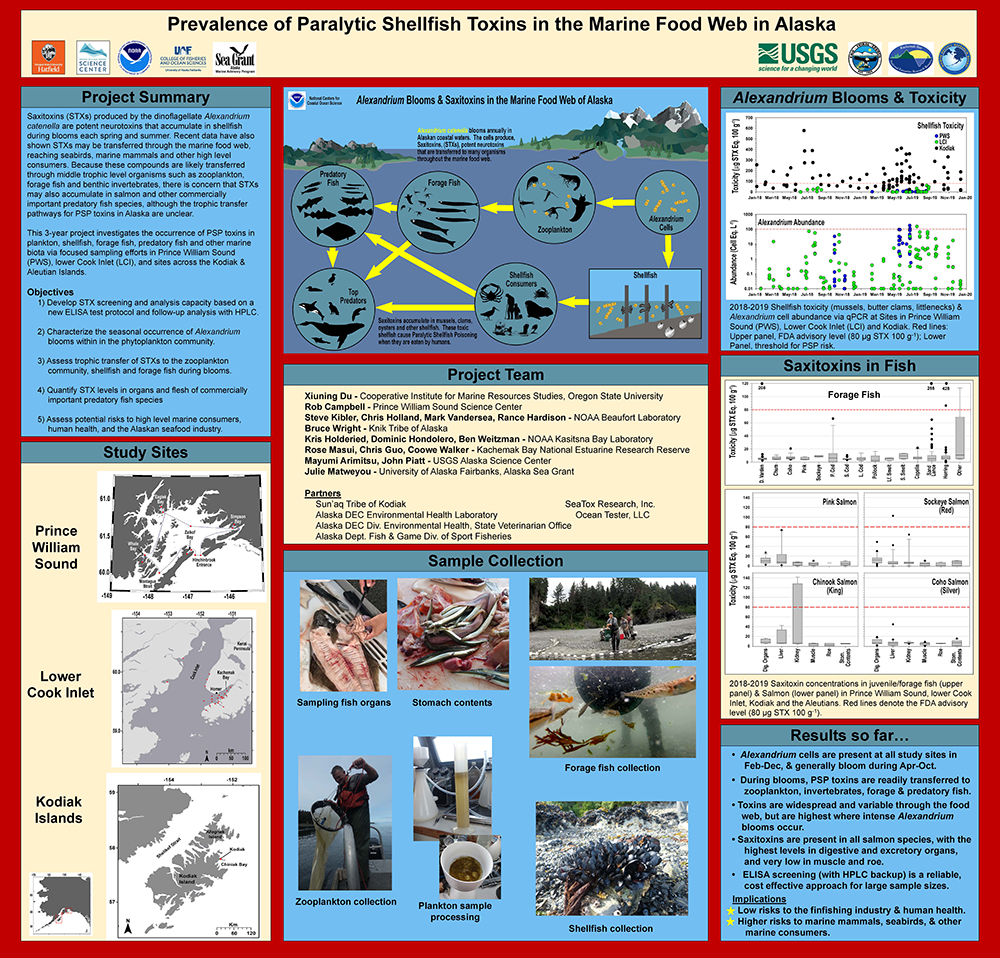 In this poster, we introduce the team, study context and objectives, field sampling method, and some early findings and take-home messages. The link below will take you to an online video where the project collaborator at Kachemak Bay Lab gave an introduction to our project.