Follow the links below to visit exhibits and watch videos about ocean technology.

The Earth-Ocean Interactions Program contributes to NOAA’s objective of achieving a holistic understanding of marine ecosystems by exploration and research on hydrothermal vents and methane seeps, their impacts on the global ocean, and their unique chemosynthetic biological communities.

The Ocean Observatories Initiative’s Endurance Array extends from the waters just offshore Newport to the edge of the continental shelf, south to Coos Bay, and north to the Olympic Coast National Marine Sanctuary. This long-term ocean observatory has been deployed year-round since 2014. 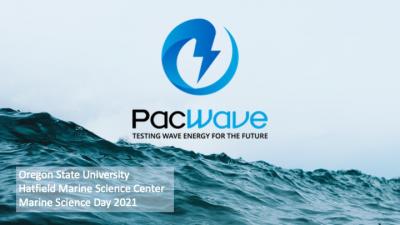 PacWave is an open ocean wave energy testing facility consisting of two sites, each located just a few miles from the deep-water port of Newport, Oregon on the ever-energetic Pacific Ocean.

The SEACOR team’s primary goal is to figure out where and how many bay clams are in tidal flats that are popular with recreational and commercial clammers. We have been experimenting with alternative ways of collecting this data, because some of the areas we study are difficult to get to, some can be unsafe (deep mud!), and other ways of collecting data might help us save time.