Sustained data to power your research

The Ocean Observatories Initiative’s Endurance Array extends from the waters just offshore Newport to the edge of the continental shelf, south to Coos Bay, and north to the Olympic Coast National Marine Sanctuary. This long-term ocean observatory has been deployed year-round since 2014. 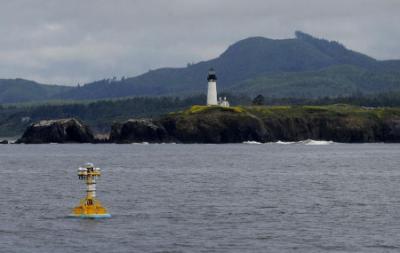 It includes six large surface moorings with stationary instruments, vertical profilers adjacent to each surface mooring, and six transecting gliders. The gliders profile up-and-down as they transect across and along the 500 km by 300 km boundaries of the Endurance Array. OOI measures physical, chemical, and biological water properties.

The goal of the Endurance Array is to support research of continental shelf waters in a region with coastal upwelling. For example, Endurance Array data are being used to study ocean acidification and hypoxia.

HMSC scientists such as Taylor Chapple attach their instruments to OOI moorings to make use of this local laboratory-at-sea.  OOI’s new data explorer makes all OOI data available, plotable, and downloadable. 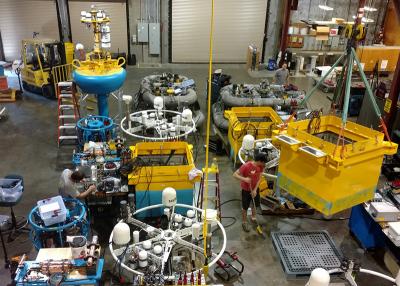 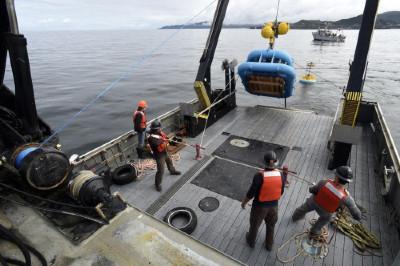 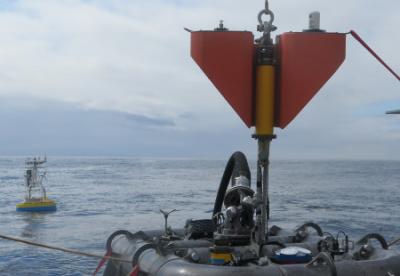 Top and bottom of mooring during deployment 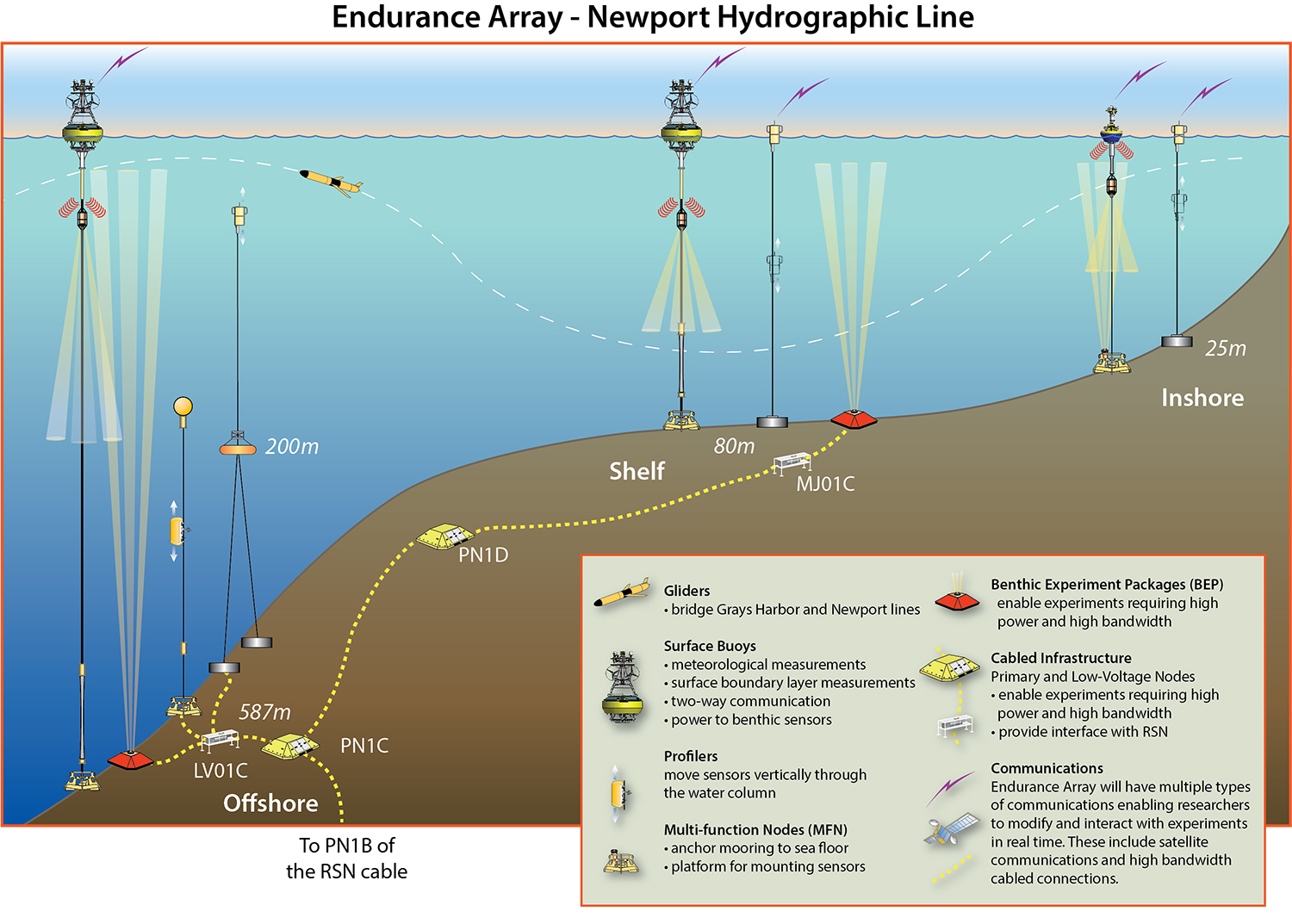 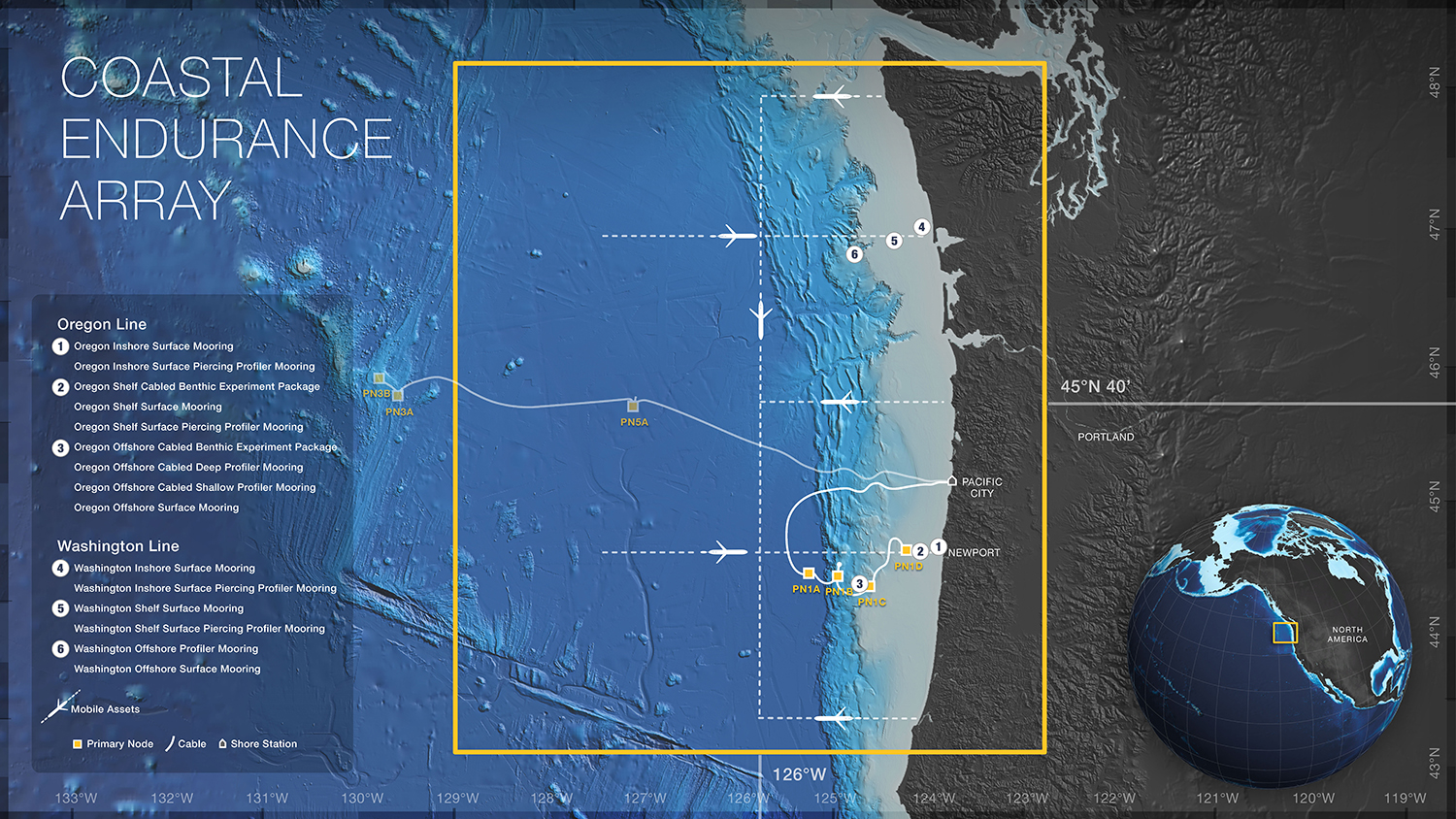 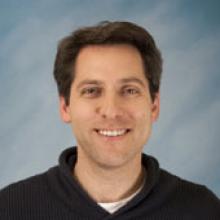