We study how animals move throughout rivers and oceans (their transport, dispersal, and migration) and how that movement affects their growth and survival. Headed by Jessica Miller, researchers in the lab focus primarily on economically and ecologically important species, mostly those found along the west coast of the United States. Their research often relies on the examination of animal hard parts, including scales, otoliths, vertebrae, and shells. Referred to as "biogeochemical markers," these structures are rich stores of data about individuals that allow researchers to determine how environmental variation and climate change can affect the life histories of fish and invertebrates, with an eye towards how that information can inform management.  All of this research comes together to inform sound conservation and management strategies of our marine resources.

This year, we discovered how marine heatwaves are impacting Pacific Cod, a valuable fishery, in the Gulf of Alaska. Following marine heatwaves in 2014 to 2016 (referred to as “The Blob") and 2019, the abundance of Pacific Cod in the Gulf of Alaska declined by more than 75%, leading to a fishery closure and federal disaster declaration. One key question is what caused these declines? Was it reduced reproduction, lower survival of eggs and young fish, death of adults, or all of these factors? We determined that the fish that survived during and after these marine heatwaves hatched two to three weeks earlier than before. The shifts in the timing of key life-history events (referred to as “phenology”) can lead to mismatches between the timing of hatch and the availability of prey, leading to lower survival rates. Furthermore, these observed shifts in the timing of hatch for these young Pacific Cod have not yet returned to pre-heatwave levels.

See the excellent videos below by Zoe Almeida and Hillary Thalmann to learn more about the Gulf of Alaska Pacific Cod and marine heatwaves!

We also had successful graduations for Keala Pelekai, Christina Parker, and Anna Bolm, who all finished their MS degrees this year! See the videos below to learn more about their research.

Prior research on the animals transported across the ocean on debris associated with the 2011 Tōhokuearthquake and tsunami was recently highlighted in this video by Vice News and Katherine Tutrone. Watch Invasive Species Are Riding Plastics Across Oceans on YouTube. 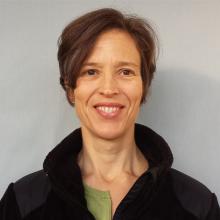