The State Fisheries Genomics Lab conducts fisheries genetics research that addresses the science and management needs of the Coastal Oregon Marine Experiment Station and the Oregon Department of Fish and Wildlife. We provide leadership in the production of genetic data and the development of science-based tools and recommendations from those data.

Our research spans both the freshwater and marine environments focusing on species of ecological, evolutionary, or economic importance. Below is a list of some of the species we are currently studying.

Given this year’s Marine Science Day theme Local Science, Global Impacts! we’ve chosen to highlight our recent research on Albacore Tuna (Thunnus alalunga). Albacore Tuna support an economically valuable global fishery, but surprisingly little is known about the population structure of this highly migratory species. We analyzed thousands of genetic markers in Albacore Tuna caught throughout the Pacific Ocean and learned that just seven dozen of those markers are needed to determine which side of the equator a fish comes from. This is the first study to demonstrate that genetics can be used to distinguish Albacore Tuna from the North and South stocks. We also detected Albacore Tuna with mixed ancestry (i.e. North-South Pacific hybrids) suggesting that individuals from these two stocks sometimes spawn at the same location and time. This is valuable information given that we know very little about the spawning behavior of Albacore Tuna. This research arose from conversations with and support from commercial fishermen associated with the American Fishermen’s Research Foundation, Western Fishboat Owner’s Association, and the Oregon Albacore Commission. You can read more about this study here.

We are currently analyzing thousands of Albacore Tuna samples collected in 2020 and 2021 by fishermen and seafood processors. Stay tuned for the results which will be announced in Fall 2022! 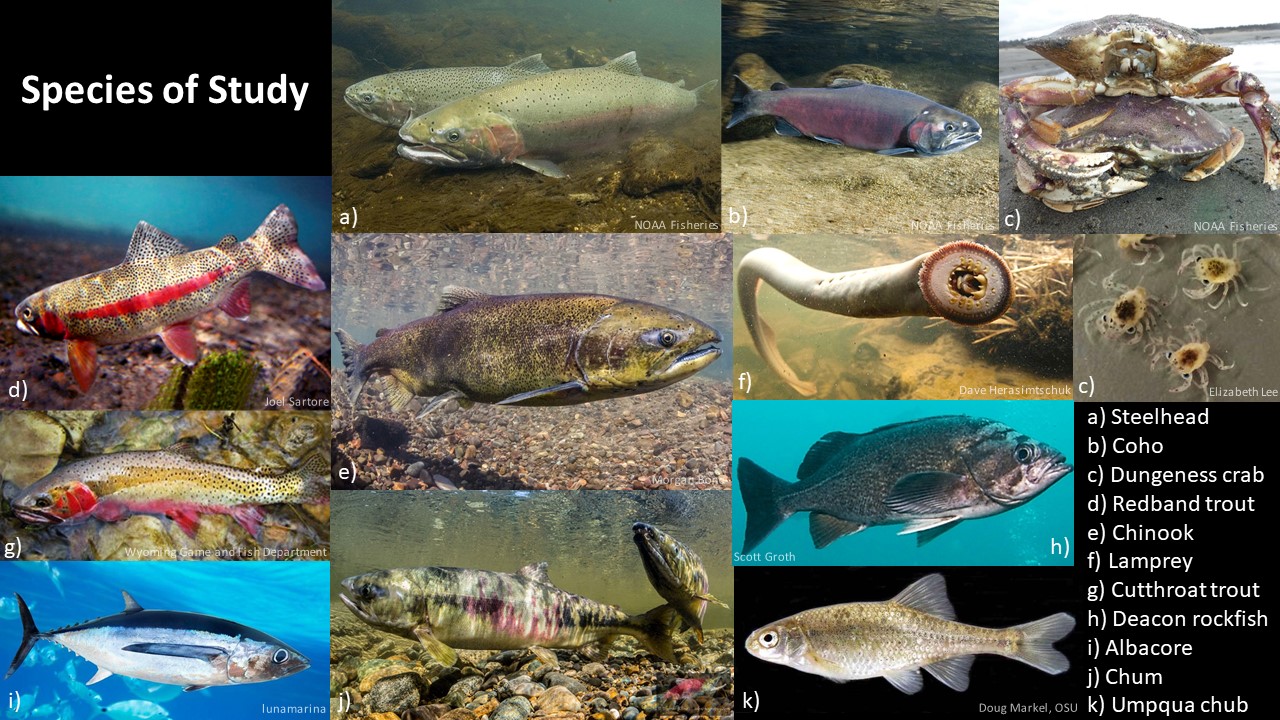 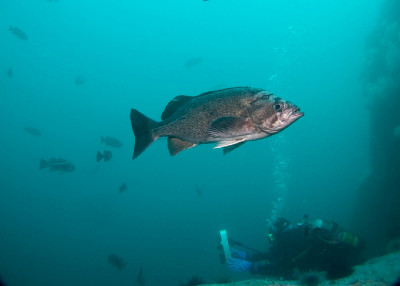 Less than 10 years ago, the Deacon Rockfish (Sebastes diaconus) was distinguished as a separate species from the Blue Rockfish (Sebastes mystinus). Given that little is known about this recently described species, we investigated the population structure of fish sampled off the Oregon coast. We found that genetic differentiation was small and suggesting there is a single stock of Deacon Rockfish. You can read more about it here (PDF). 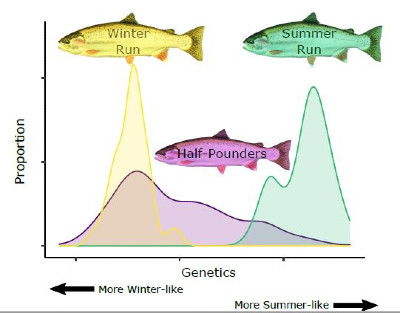 Adult steelhead (Oncorhynchus mykiss) return from the ocean to spawn in two phases: a summer run and a winter run. In the Rogue River, juveniles also briefly return to freshwater as “half-pounders.” We used genetic tools to demonstrate that Rogue half-pounders contribute to both summer and winter runs as adults. 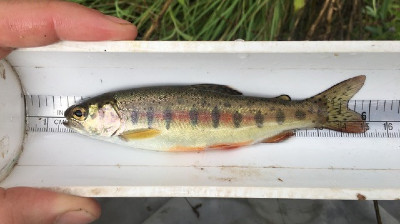 We are gathering baseline genetic data on Oncorhynchus mykiss(e.g. Steelhead, Rainbow Trout, and Redband Trout) in the Klamath Basin prior to the largest dam removal project in global history. This baseline will be used to monitor native Redband Trout populations and their interactions with recolonizing Steelhead post-dam removal. 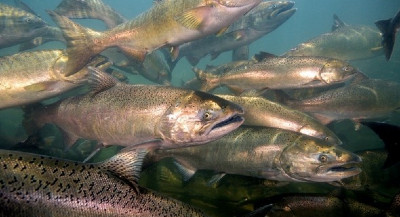 Chinook salmon (Oncorhynchus tshawytscha) return to freshwater in the spring and fall, providing important recreational and subsistence fisheries on their way upstream. We use genetic markers to distinguish between spring and fall run Chinook salmon and document where these two seasonal run types spawn in the Rogue River. 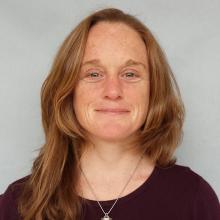