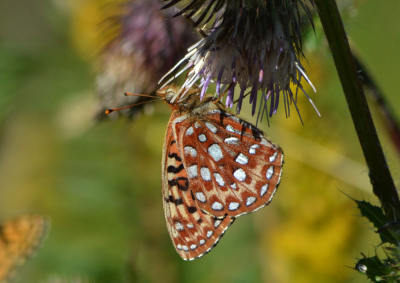 That is the size of a newly hatched Oregon silverspot butterfly (Speyeria zerene hippolyta) caterpillar. And as you can imagine, finding this little caterpillar in the wild would be next to impossible – the ultimate little brown needle in a giant meadow haystack. However, if we could find them, then a door will be opened to a knowledge and understanding of threatened butterfly species and prairie habitats. A conservation team comprise of federal, university, state, non-profit and private partners, is making headway in developing a method in which we can consistently find wild caterpillars and tracking captive-reared and released individuals to enlighten the research and conservation community.

The team’s goal is to better understand Oregon silverspot population dynamics and the limiting factors of survival within adaptively managed habitat. As land partners test new habitat treatments, researchers from Washington State University, Vancouver, Pacific University, and Rogue Detection Teams will address ovipositing (egg laying) selection, overwinter caterpillar survival, survival from caterpillar to adult, and plant community responses. The team will implement techniques such as canine detection teams to sniff out wild caterpillar in locations where females were witnessed laying eggs, and zoo captive-reared and released caterpillars in tent enclosures to track survival to adulthood. At the end of the intensive study, developed population models will assess what combination of treatments might maximize population growth rate and prairie health – a new and unique model that can be used world-wide as a template for other butterflies in other habitats.

Stay tuned into our program for exciting developments! 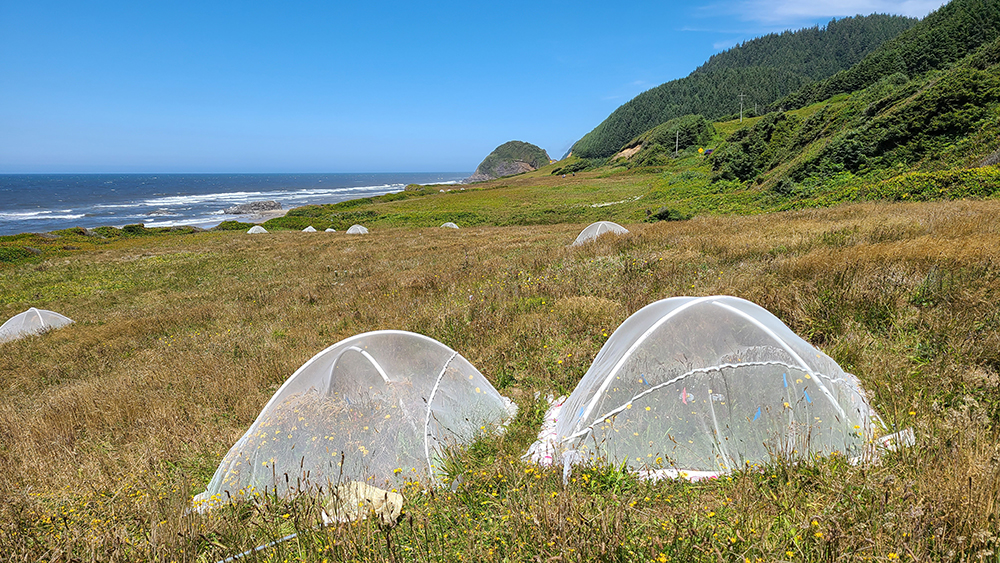 Larval release tents in known habitat south of Yachats, Oregon. These tents are used in a 4-year study on the effectiveness of habitat management. 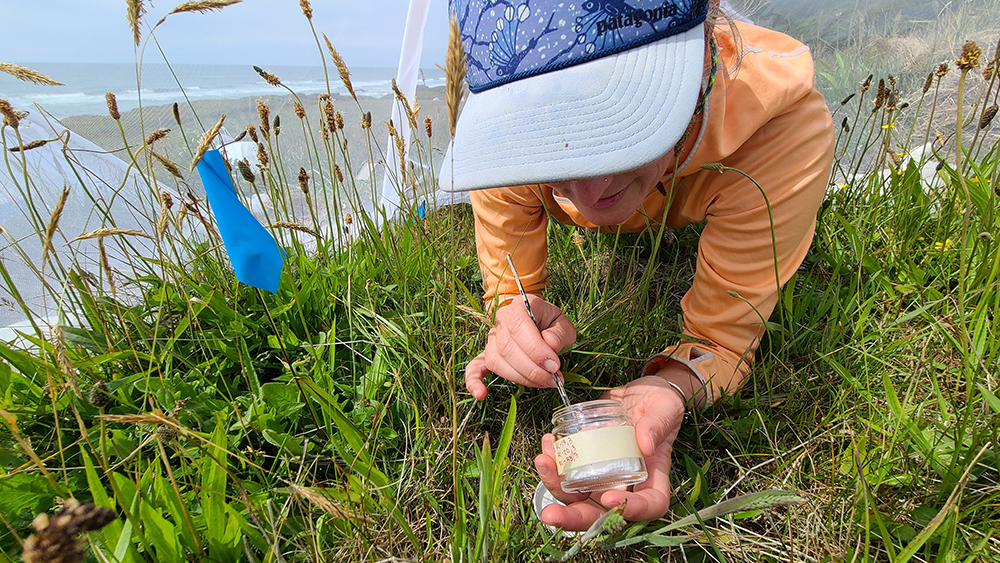 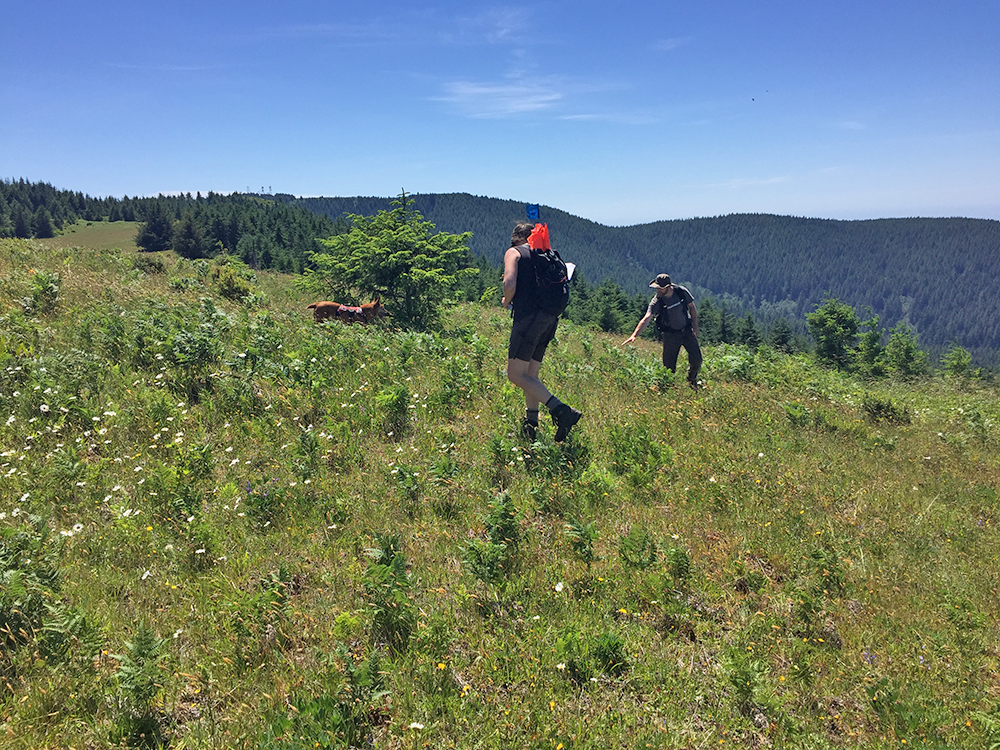 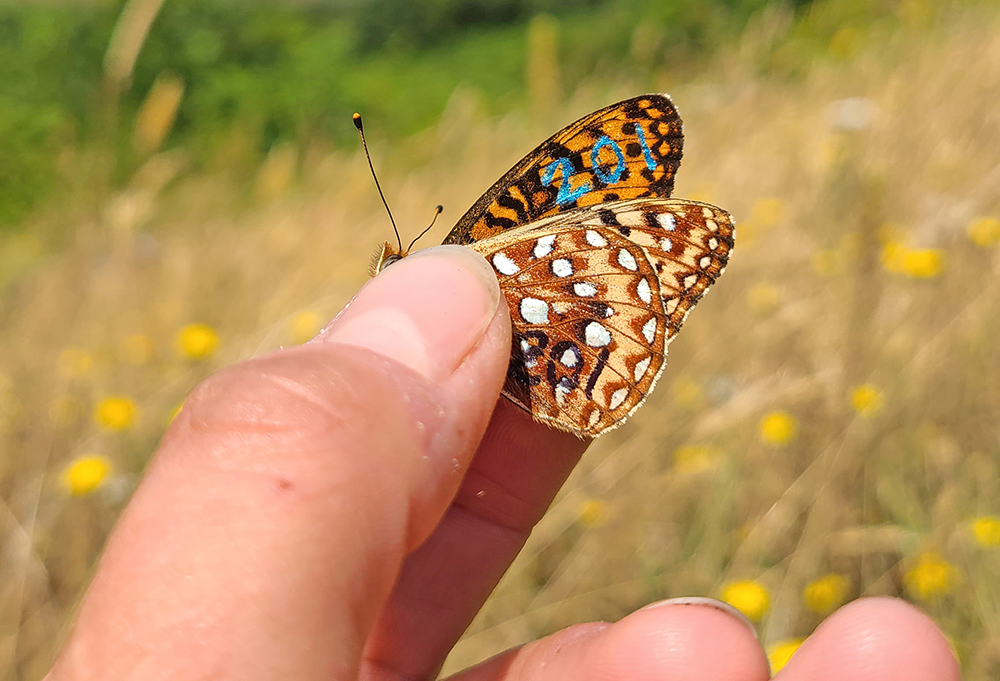 Oregon Silverspot marked with a unique identifier. This project has been ESA permitted to track adult dispersal and habitat use over the adult flight period.

Silverspot - The Flight to Recovery from Pacific NW - U.S. Forest Service on Vimeo.

More Information and Get Involved

‹ Things with Wings up Seabird Oceanography ›