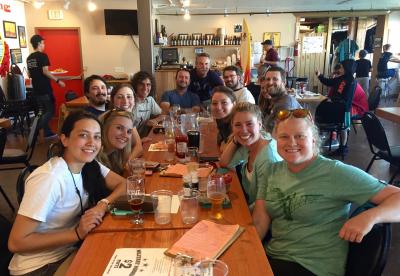 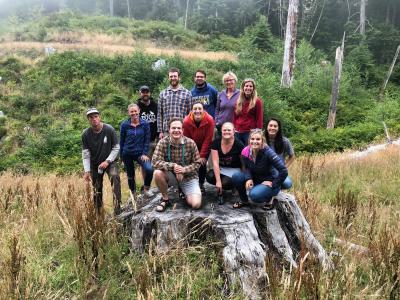 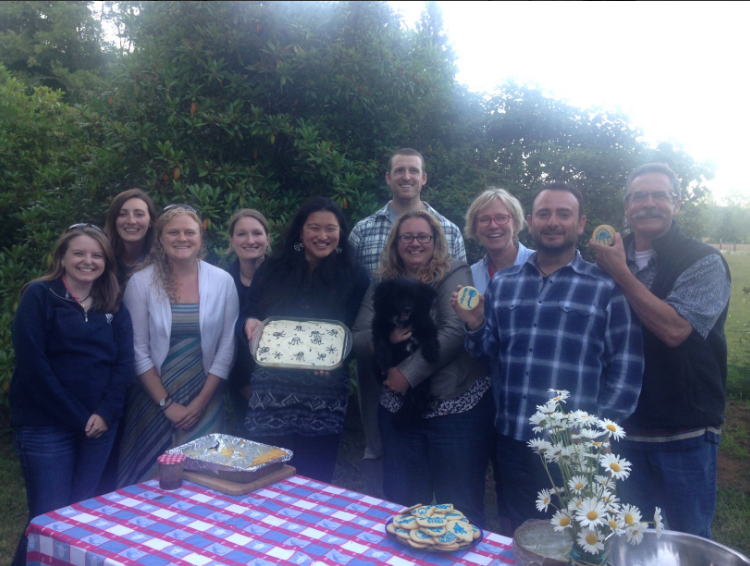 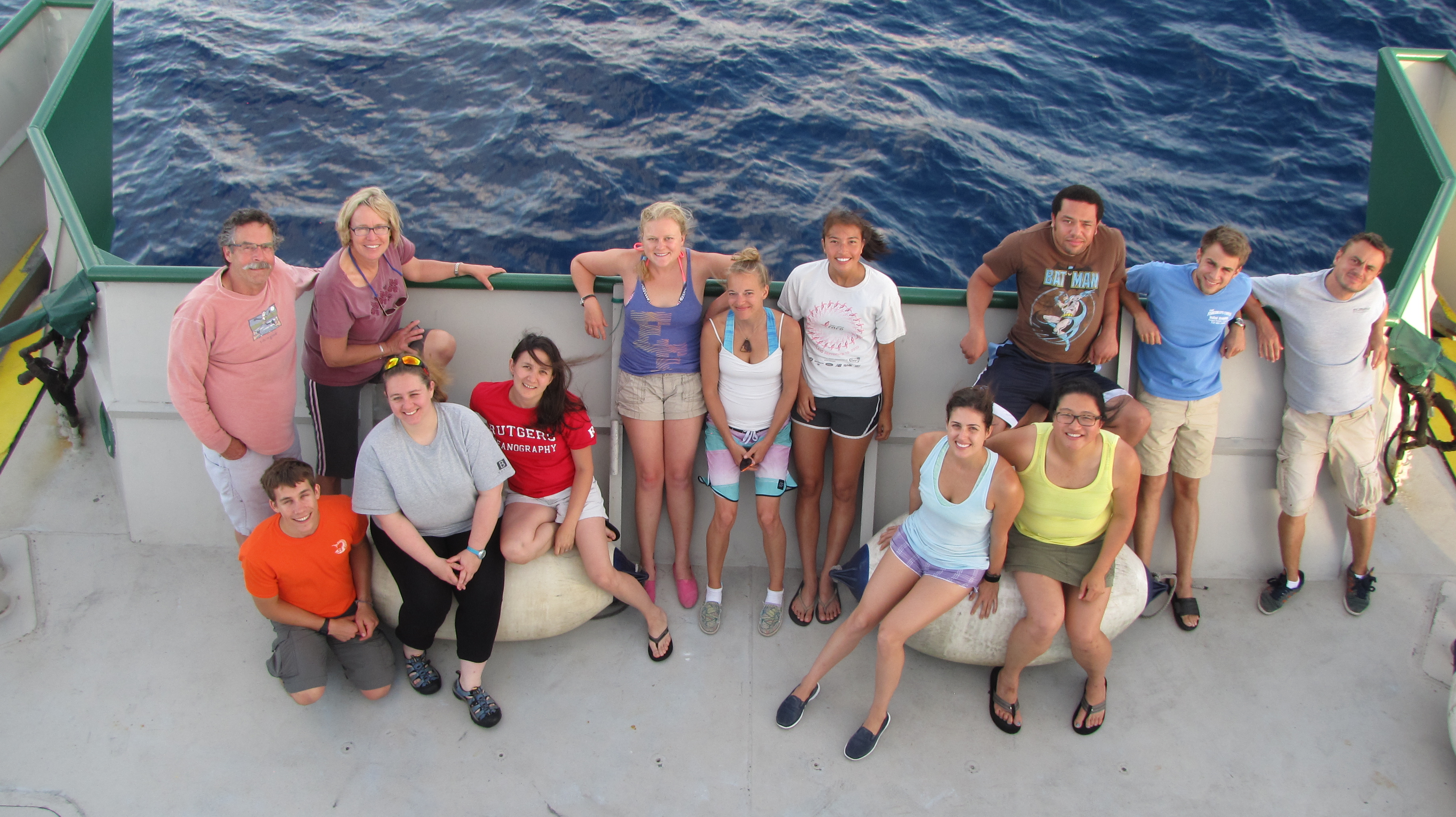 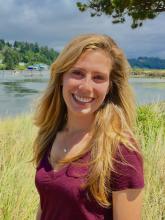 Jami received her Bachelor’s degree in Biology from Humboldt State University and her Master’s degree in Marine Science from the Virginia Institute of Marine Science. As a graduate student in Dr. Deborah Steinberg’s lab, her thesis work was part of a large-scale, interdisciplinary project, the Bermuda Atlantic Time-series Study (BATS). Jami’s studies focused on determining the temporal variability in diel, seasonal, and interannual patterns in mesozooplankton abundance. After completing her Master’s degree, she spent the better part of a year conducting research at sea with Cornell University, University of Rhode Island, and Sea Education Association aboard research vessels and tall ships.

Currently, her work in the Sponaugle-Cowen lab involves processing ichthyoplankton samples collected from nearshore light traps and the Couple MOCNESS. From those samples she is sorting/identifying preserved tropical reef and North Pacific zooplankton and larval fishes. Her fun field work includes assisting in scientific dives to collect juvenile rock fishes and participating in Coupled MOCNESS and In Situ Ichthyoplankton Imaging System (ISIIS) sampling at sea with the lab. Additionally, she takes charge of ordering supplies for the lab, manages preparations for upcoming research cruises, and helps lab members in any other way she can. Jami is thrilled to be living on the Oregon coast and exploring the exciting field of larval fishes! 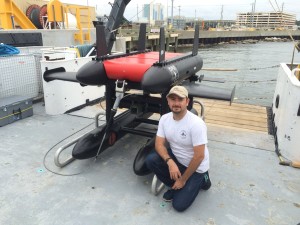 Christian Briseño-Avena received his bachelor degree in Biology from the Universidad de Guadalajara, Mexico, his M.S. in Oceanography and Coastal Sciences from Louisiana State University and his Ph.D from Scripps Institution of Oceanography, UCSD in Biological Oceanography. Christian is a plankton ecologist interested in applying newly-developed technologies (optical and acoustical) to study the in situ physical-biological interactions at the time and spatial scales relevant to the organisms. As a Postdoctoral Scholar at Hatfield Marine Science Center, Oregon State University, Christian has been working with an interdisciplinary team, the CONsortium for COastal River Dominated Ecosystems (CONCORDE) studying the physical-biological processes of the river-dominated ecosystem of the Mississippi Bight, in the Northern Gulf of Mexico. Currently, his non-marine related hobby is learning the "terrestrial vascular plant ecology" of the cold, wet Oregon Coast through gardening!

Moritz obtained a M.Sc. in International Nature Conservation, which included studies in New Zealand, Germany and the United States. For his M.Sc. thesis he worked on pan-Arctic species distribution modelling of zooplankton using machine learning techniques, and predicted present day spatially explicit distributions as well as future occurrences and depth distributions based on IPCC scenarios. After finishing this work at the University of Alaska Fairbanks under supervision of Falk Huettmann, Moritz commenced a PhD in Oceanography under the supervision of Louis Fortier at Université Laval, Canada. This PhD was embedded in the wider ArcticNet research network as well as the Canada Excellence Research Chair in Remote Sensing of Canada’s New Arctic Frontier.

For his PhD Moritz utilized the LOKI underwater imaging system on several Arctic research cruises onboard Canadian and American icebreakers. Work for this PhD included the development of a copepod-stage-specific automatic zooplankton identification model. The model was then used to automatically identify underwater imaging data of 1 m vertical resolution for two ecological studies, which focused on the role of lipids in triggering migration to diapause in Arctic copepods, as well as the fine-scale vertical coupling of copepods with their phytoplankton food.

Moritz joined the Plankton Ecology Lab at the Hatfield Marine Science Center, Oregon State University to further work on underwater imaging and plankton ecology using the In Situ Ichthyoplankton Imaging System (ISIIS). This includes the methodological advancement of underwater imaging and automatic identification, as well as studying the ecology of zoo- and ichthyoplankton in the Straits of Florida and off the Oregon Coast.

I am a PhD student working with the Sponaugle-Cowen Lab on an NSF-funded project: Observations of Subtropical Trophodynamics of Icthyoplankton in the Straits of Florida (OSTRICH). I am studying how small- to large-scale patchiness of zooplankton prey influence the larval fish community, and their predator-prey dynamics. I will be examining larval fish gut content, recent daily growth from otolith microstructure, and lipid composition to infer biological consequences of patchiness on larval fish growth and survival.

My research at OSU is both a taxonomic and geographic transition from my prior work in zooplankton ecology. I completed a Master’s degree with Dr. Deborah Steinberg at the Virginia Institute of Marine Science studying long-term changes in the Western Antarctic Peninsula copepod community, due to rapid regional climate change. I also examined the role of copepods in carbon cycling, through grazing of phytoplankton and fecal pellet production and export. 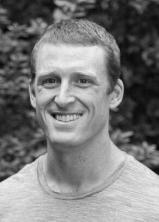 Will came to OSU after completing a Masters in Marine Science at Moss Landing Marine Laboratories (MLML). At MLML, Will worked with Scott Hamilton and  studied the effects of elevated CO2 on the behavior and physiology of juvenile rockfishes. There he found that different species of rockfish differed in their response to CO2 and that early life history characteristics of rockfishes influence their response. Will is excited to continue studying the early life history of rockfishes at OSU with Su Sponaugle. Here he hopes to understand how environmental conditions experienced during larval and pelagic juvenile phases affect the diets, growth, and post settlment mortality of Oregon's rockfishes. Will is also interested in understanding how Oregon's marine protected areas affect the diets, growth, and mortality of settled juvenile rockfishes. 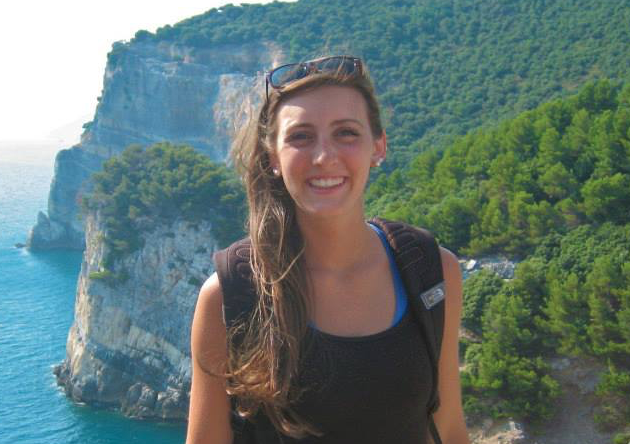 Kelia joined the Plankton Ecology lab in the fall of 2016 after spending a few years working in the Gulf of Mexico on a variety of post-oil spill assessments. Her MS research will examine the influence of pulsed-river plume events and seasonal hypoxia on the spatio-temporal distributions, growth, and survival of larval fishes in the northern Gulf. This research will contribute to an improved ability to predict the impacts of environmental disturbances (e.g., oil spills) on the highly sensitive, early life stages of regionally and economically important fish communities in the hydrographically complex northern Gulf.