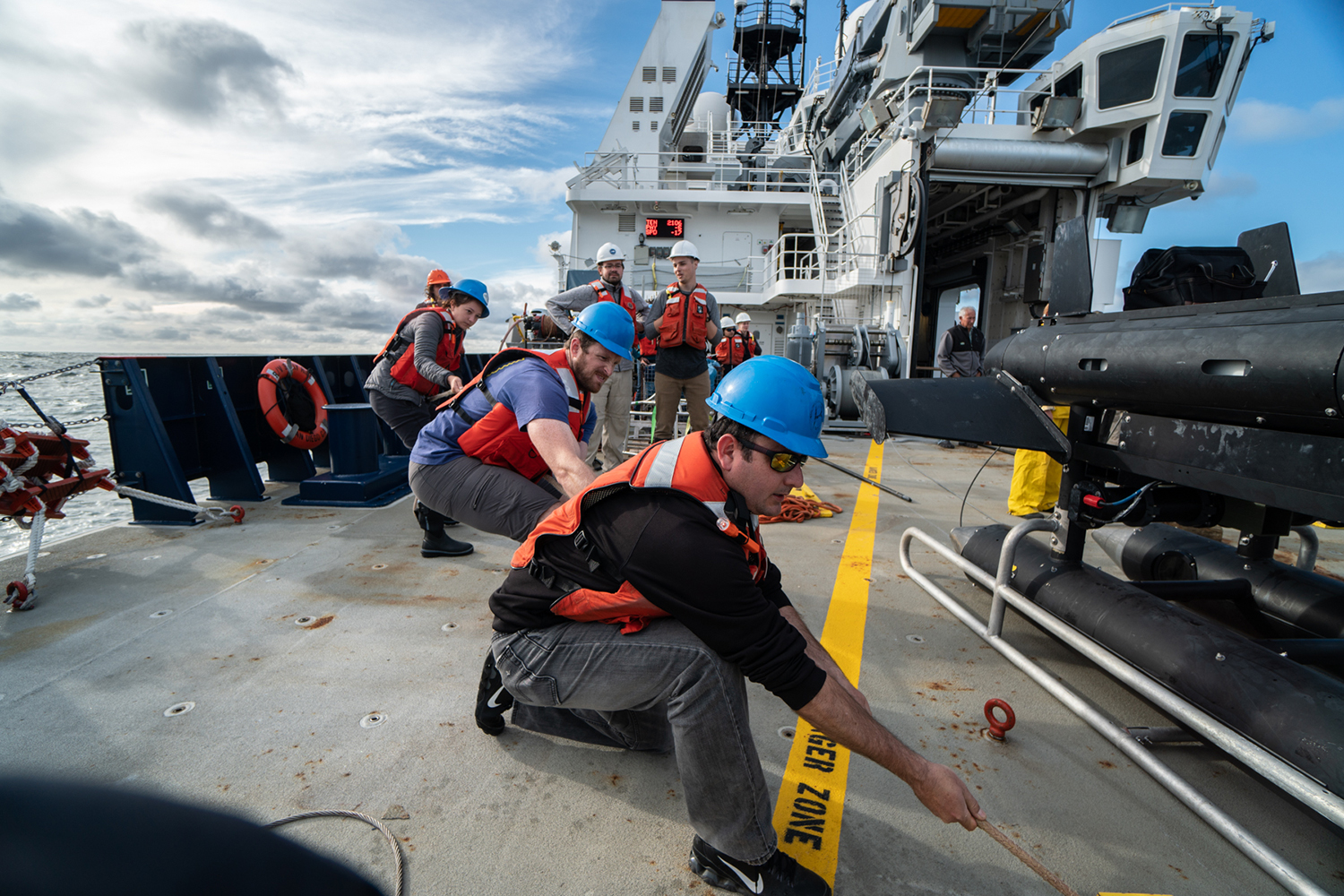 Eastern boundary currents are among the most productive marine ecosystems on the planet and support a significant proportion of global fisheries, yet there are unanswered questions about the role of non-crustacean zooplankton in transferring production through upwelling food webs. Organic material in the coastal ocean moves through often complex marine food webs. While much effort has focused on quantifying the movement of carbon from nutrients to phytoplankton, zooplankton, and detritus, and from zooplankton to upper trophic levels, the trophodynamics associated with the middle link through the mesozooplankton (0.2-20 mm) are not well understood. Within this group are the early stages of marine fishes and small gelatinous zooplankton, which comprise a substantial portion of the plankton but whose interactions are poorly documented. This gap in our knowledge is due, in part, to the difficulty of sampling these taxa using traditional sampling gear, especially as gelatinous taxa are often damaged during net retrieval. 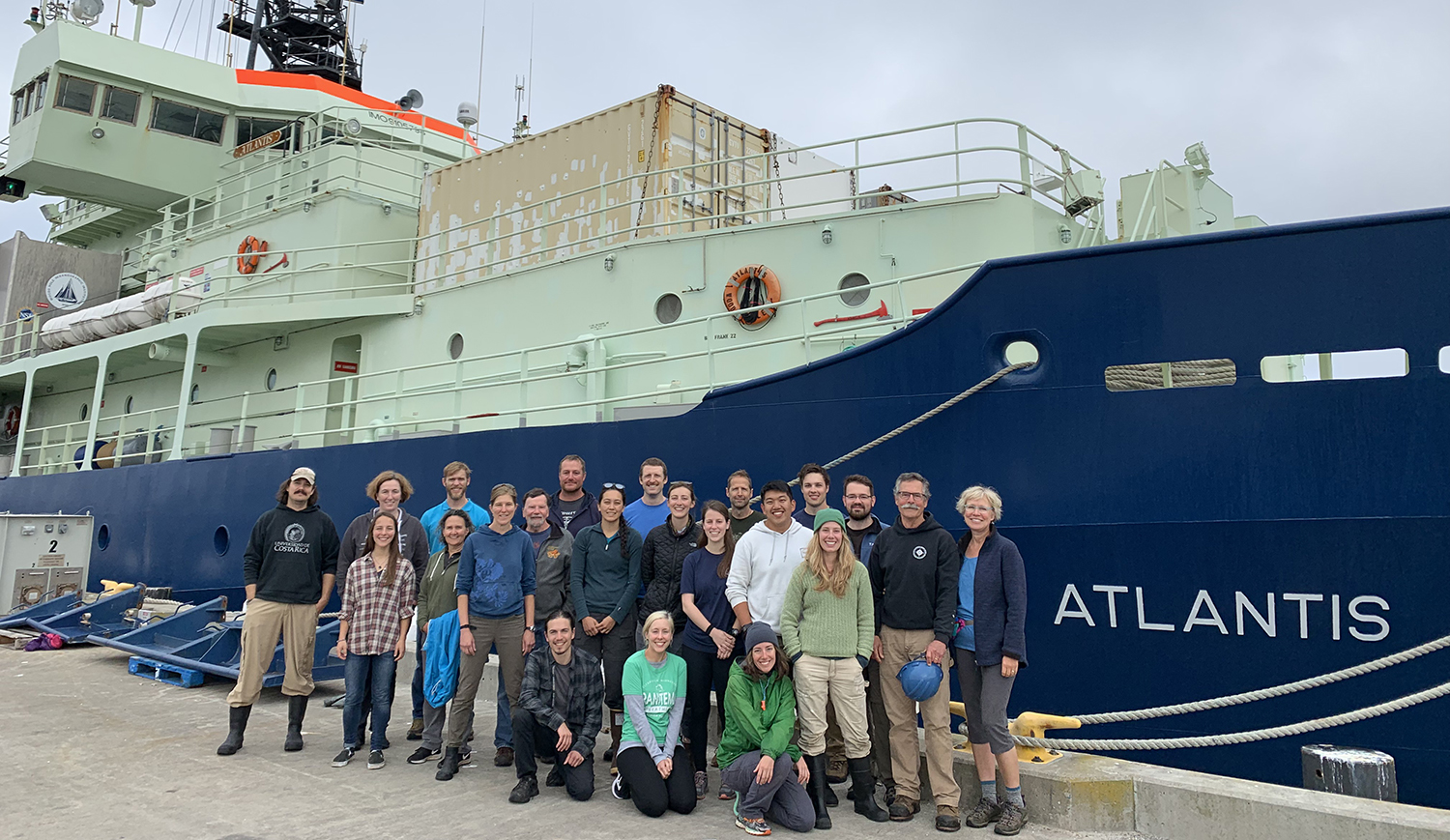 The northern California Current (NCC) is a dynamic, highly productive major eastern boundary current that exhibits strong physical and ecosystem variability spatially and on seasonal, interannual, and decadal time scales. Strong latitudinal gradients in the seasonality and timing of upwelling within the NCC make it a highly suitable setting for testing hypotheses regarding potential contributions of different trophic pathways to ecosystem productivity and the roles of diverse mesozooplankton in mediating these transfers. Shifts in major currents, including upwelling strength, together with temperature-induced latitudinal shifts in species ranges that are already occurring and predicted to continue will have major effects on interactions among species, and consequently, food webs. Understanding these interactions and predicting future changes is highly relevant to science, society, and economies.

In 2018 and 2019, we sampled the winter and summer seasons in the NCC off central Oregon where upwelling is intermittent and off northern California where upwelling is more continuous. We used the high resolution In Situ Ichthyoplankton Imaging System (ISIIS) to obtain an accurate description of mesozooplankton communities: their abundances, and horizontal and vertical spatial distributions, over contrasting upwelling/downwelling system dynamics. This novel system is able to image zooplankton over a range of sizes as they occur naturally in the wild. Continuous images are fed through a processing and classification pipeline that uses computer algorithms to segment and classify individual plankton. In parallel, we collected depth-discrete mesozooplankton samples to quantify seasonal diets for larval fishes and gelatinous zooplankton and prey-specific growth rates of larval fishes. Stable isotope analysis of mesozooplankton predators and prey will reveal the relative role of new vs. regenerated production in sustaining food webs in the NCC.

During the project, in addition to training undergraduate and graduate students and post-doctoral scholars, we are engaging a diversity of audiences. We are using ISIIS imagery to build the Global Plankton Imagery Library, an open-access repository for plankton imagery. We have also uploaded new NCC imagery to Plankton Portal, a public website we developed in partnership with the Citizen Science Alliance’s Zooniverse, that invites citizen scientists to participate in classifying plankton images. Our new Artist-At-Sea program, a collaboration with the Sitka Center for Art and Ecology, allowed us to host four professional artists on our research cruises. Their creations gave a unique voice to the project and culminated in a month-long public exhibit, From Drifters to Swimmers.