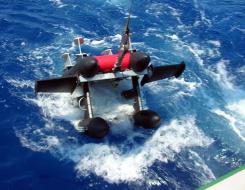 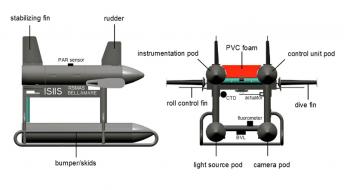 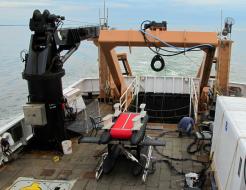 ISIIS is an underwater imaging system aimed at capturing in situ, real time images of marine zooplankton of relatively low abundance such as fish larvae and fragile gelatinous organisms. The first prototype, delivered in 2007, was attached to a relatively simple vehicle towed by an oceanographic vessel at a speed of five knots. The vehicle, and associated imaging system and sensors, was moved up and down through the water column by paying cable in and out via an oceanographic winch.

Subsequently, a new vehicle was designed with the capacity of self-undulation using motor actuated dive fins. The vehicle frame is divided into four compartmentalized enclosures with imaging and optical equipment seamlessly integrated into ISIIS's ventral housings and environmental sensors and electronics in the dorsal housings. Sensitive instrument equipment is isolated from the aluminum frame by using separating suspension and vibration-absorbing materials. The dive fins are positioned ahead of the vehicle aligned with the tow point and away from the imaging pods. The vehicle is designed to undulate between the surface and a maximum depth of 200 m.

The ISIIS system utilizes a high-resolution line-scanning camera with a Light Emitting Diode (LED) light source, modified by plano-convex optics, to create a collimated light field to backlight a parcel of water. The imaged parcel of water passes between the forward portions of two streamlined pods (UW housings), and thereby remains unaffected by turbulence. The resulting very high-resolution image is of plankton in their natural position and orientation. When a sufficient volume of water is imaged this way, quantification of density and fine-scale distribution is possible. DPI is capable of imaging a maximum of 162 L of water per second (when flying at 5 knots) with a pixel resolution of 70 µm, imaging particles from 1 mm to 13 cm in size. The imaging data and associated oceanographic data are ported to the surface via 0.322 in copper/fiber optic oceanographic wire and recorded onto a computer controlled raid array. 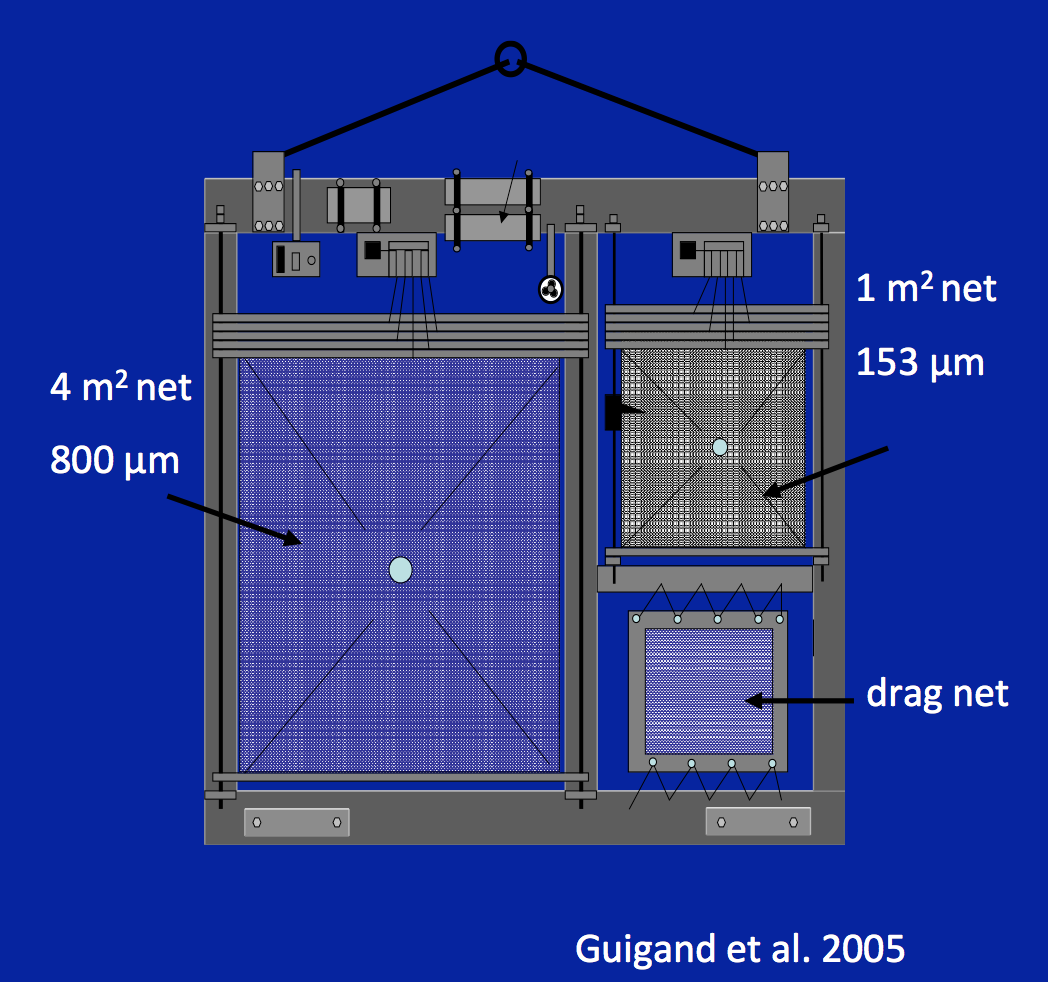 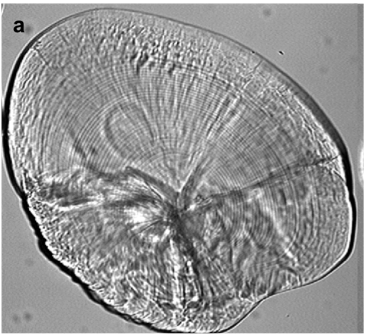 Most fishes have otoliths, paired “ear stones” that are used in hearing and balance. These structures grow with the fish by daily deposition of material, in an “onion” type arrangement. By examining the cross-sectional deposition of increments we can obtain information on age and growth on a daily basis for individual fishes. Analysis of this otolith microstructure has enabled us to examine many processes occurring during early life such as environmental influences on larval growth and survivorship, mechanisms of larval transport, dynamics of dispersal and population connectivity, determinants of recruitment magnitude, and traits that influence survival in one stage and carry-over to influence survival in the next stage. Thus, otolith microstructure is a valuable tool that allows us to shine a light into the “black box” of larval life and identify ecological and oceanographic processes that are important to population replenishment and fisheries recruitment.

Sponaugle S. 2009. Daily otolith increments in the early stages of tropical fishes. Pp. 93-132 In: B. Green, B. Mapstone, G. Carlos, and G. Begg, eds. Gathering information from otoliths of tropical fishes. Methods and Technologies in Fish Biology and Fisheries. Springer

‹ Larval dispersal and settlement of invertebrates up Prospective Students ›