The Marine & Anadromous Fisheries Ecology lab studies how animals move throughout rivers and oceans (their transport, dispersal, and migration) and how that movement affects their growth and survival. Headed by Jessica Miller, researchers in the lab focus primarily on economically and ecologically important species, mostly those found along the west coast of the United States. Their research often relies on the examination of animal hard parts, including scales, otoliths, vertebrae, and shells. Referred to as "biogeochemical markers," these structures are rich stores of data about individuals that allow researchers to determine how environmental variation and climate change can affect the life histories of fish and invertebrates, with an eye towards how that information can inform management.  All of this research comes together to inform sound conservation and management strategies of our marine resources.

Jessica’s lab also had the opportunity to study hundreds of coastal species that arrived on Agate Beach in Newport, Oregon after the 2011 Great East Japan earthquake and tsunami. Many organisms that crossed the Pacific Ocean on the tsunami debris arrived on beaches along the west coast of North America and the Hawaiian Archipelago alive, which provided Jessica and her colleagues with the unique opportunity to look at how marine debris could disperse organisms around the globe in the future and evaluate some of the potential ecological impacts of such events. 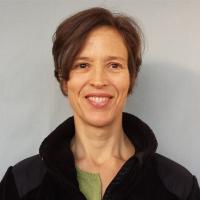