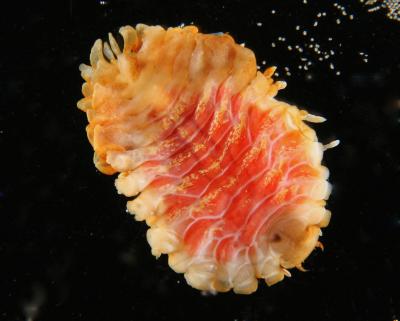 Griffen's Isopod, Orthione griffenis, was unknown to science before 2004 when it was discovered in Yaquina Bay by Dr. John Markham. Further research revealed that this conspicuous parasite (image at left of Orthione female with newly hatched epicarid larva) had never been collected in North America before 1988 and that had been introduced from Asia. Blood loss caused by the isopod effectively castrates females of the Blue Mud shrimp, Upogebia pugettensis. These reproductive losses are suspected be the ultimate cause of dramatic mud shrimp declines that have occured throughout its range. All of their known populations are infested, and HMSC scientists found extinctions of the Mud Shrimp in 4 of the 18 estuaries examined in 2008. Populations have continued to decline since.

How Did Griffen’s Isopod Get Here?

Yellow lines on the map track ocean crossings in the year 2000 by a few of the 45,000 cargo ships and hundreds of thousands of other vessels that plied the world’s seas that year (below). Approximately 20% of the dead weight tonnage of all large ships is ballast water that they must carry in tanks to maintain stability and reduce stress on their hulls. Ballast tanks are filled or emptied each time these ships arrive or depart from their ports. This ballast water carries countless sea-dwelling organisms across oceans, far beyond their natural ranges and many of these transported species establish in distant, ill-prepared ecological communities each year. Griffen’s isopod arrived in the early 1980s with ballast water discharged from cargo ships returning from Asia and has since spread to every estuary containing mud shrimp from Canada to Mexico. The native mud shrimp has no refuge from this new parasite. 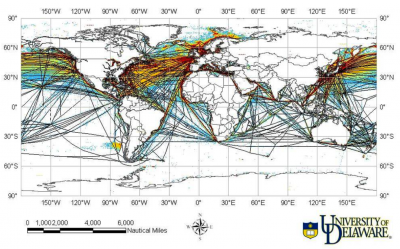 Blue Mud shrimp are as important to west coast estuaries as are rivers, channels and marshes. Their larvae are a food source for juvenile salmon. Blue Mud Shrimp are threatened by their new parasite and without intervention could be lost.

Studies are ongoing to learn more about the Orthione griffenis larval stages and it's intermediate hosts in the near shore ocean. This study involves long term systematic sampling of Orthione epicarid and cryptoniscan larva entering and leaving the Yaquina Bay. 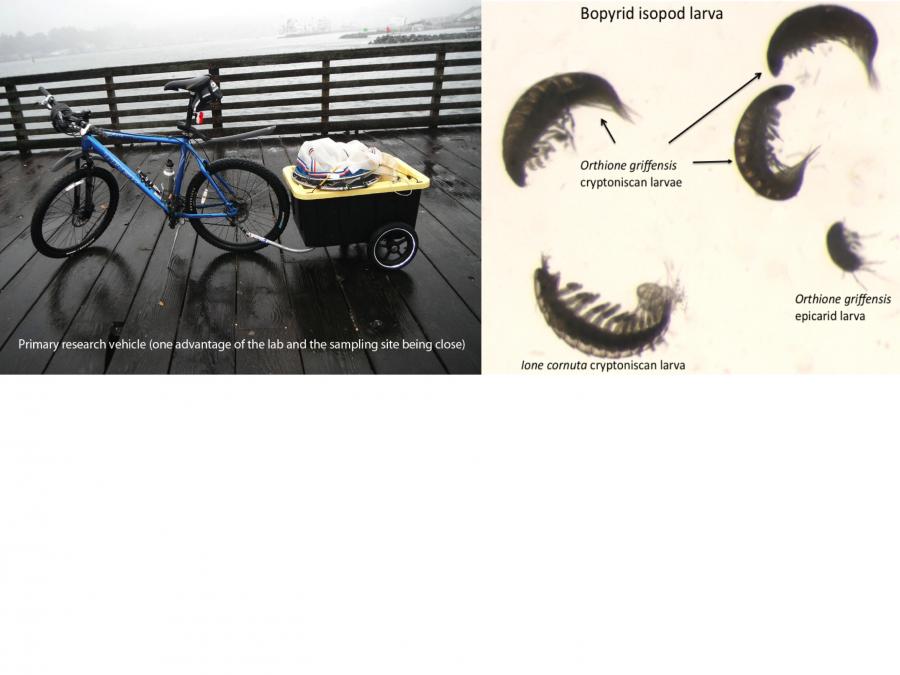