Welcome to the Main Stage

If you missed one or more of our speakers on Marine Science Day 2021, don't worry, you can view their recorded presentations below. Additional details on presenters are at the bottom of this page.

Keynote: What is the Beauty of Science?

Looking for a tusnami in the forest

Sharks of the Oregon Coast 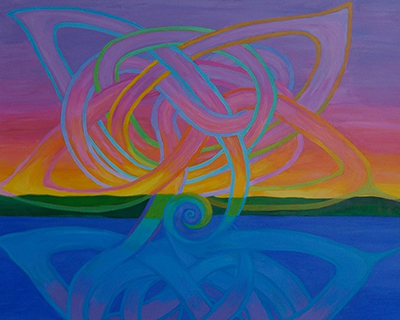 What is the Beauty of Science?

Essley asked scientists from a variety of fields, for their thoughts on the subject. The responses were surprisingly (or (k)not) similar. After consulting a dictionary to clarify terms, she correlated the answers. Her conclusion: Beauty is Essential in, to, and for the practice of Science. Simple enough for a child to understand. Complex enough to interest philosophers for centuries. Essley articulates her perspective using her paintings of the red knot, Calidris canutus, to illustrate key concepts.  She encourages visitors to the Open House to test the validity of her hypothesis as they tour the labs. There visitors will get to see the findings of experiments illustrated with dazzling images created through state-of-the-art technologies. 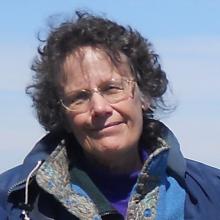 Janet Essley is a Northwest artist, muralist and art educator recognized for excellence in all three roles by the Washington State Arts Commission. She has led collaborative murals with youth and community groups for the past 30 years in the US, Mexico and Central America. Her personal work, including A Cultural Cartography of Red Knots, focuses on environmental issues and has been exhibited nationally and abroad. As a lay naturalist and citizen scientist, she has participated as technical support in field studies and education advocacy for a variety of marine biology projects. She is best known in the scientific and conservation community for her work in Red Knots, Calidris canutus. By some she is known as Dr. Knot, but she is not a real doctor. She has a Masters degree in art. 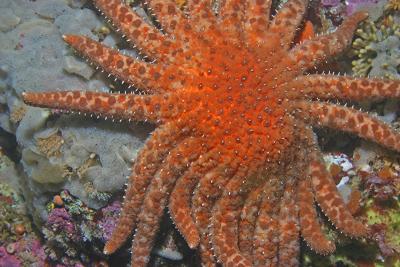 One of the largest and fastest sea stars in the world, the Sunflower Star used to be a common site for scuba divers across the west coast. As voracious predators, they helped control the abundance of other species, including kelp-munching urchins. When Sea Star Wasting Syndrome hit in 2013 however, this star was one of the most impacted species. Eight years later, using data gathered from Alaska to Baja, we quantified just how badly their populations were impacted and now are asking: Where are they left? Are there any ways we can help the species recover? What does this mean for kelp forests? Come learn about marine diseases, the IUCN Red List, kelp forests, endangered species and more!

Sara Hamilton is a Ph.D. student and NSF-GRFP fellow at Oregon State University, co-advised by Kirsten Grorud-Colvert and Bruce Menge. She did her undergraduate degree in Biology and Gender Studies at Bowdoin College in Maine. For her Ph.D. thesis, she takes an applied and interdisciplinary approach to studying bull kelp forests in the Pacific Northwest, creating science that looks at many parts of kelp forest ecosystems including the population dynamics of bull kelp here in Oregon, the diets of purple urchins, and best practices in kelp forest conservation. She is passionate about coastal management and policy and works with partners such as the Nature Conservancy and the Oregon Kelp Alliance to support kelp forest monitoring, science, and decision-making. Outside of science, Sara is an avid runner, football-lover, and dog-mom. Since moving to Oregon in 2017, she has fallen in love with the state and would like to acknowledge that she currently lives on the traditional lands of the Tsankupi band of the Kalapuya peoples, who were forcibly removed from these lands to reservations in the mid-1800s. Today many of the descendants of these peoples are members of the Confederated Tribes of Grand Ronde Community of Oregon and the Confederated Tribes of the Siletz Indians.

Looking for a tsunami in the forest 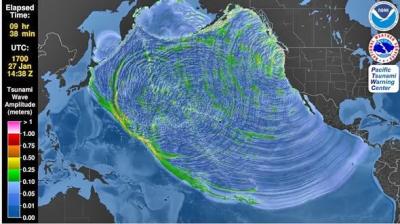 On January 26 in the year 1700 AD, a massive earthquake and tsunami struck the Oregon coast. The earthquake caused the coast line to drop several feet and generated a tsunami that flowed landward, inundating much of the coastal areas while depositing a thick layer of sand and mud along the bays and estuaries of central Oregon. The havoc the earthquake and tsunami brought to the coast caused severe damage to coastal forests in Washington State, but evidence of the impact on coastal Oregon trees has been more challenging to find. In this talk, I will present some of the first evidence of tree ring growth changes caused by the 1700 tsunami from an old-growth Douglas fir stand located at the Mike Miller State Park in South Beach Oregon. Speaker Bob Dziak will also show a tsunami inundation model of this area based on the latest computer simulation techniques and source information of the 1700 earthquake. 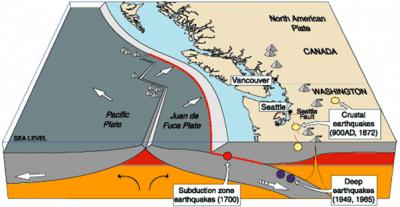 Image above: This image shows a hypothetical Cascadia tsunami propagating across the Pacific Ocean. This tsunami model was generated assuming a moment magnitude 9.0 earthquake off the Pacific Northwest Coast of the United States.

Bob Dziak is a research oceanographer for NOAA’s Pacific Marine Environmental Laboratory. Bob is manager of an Ocean Acoustics Program that’s focused on a wide variety of research topics, including marine seismic and volcanic hazards, developing deep-ocean sound technologies, Antarctic ice shelf stability and baleen whale vocalizations. Before his NOAA appointment, Bob worked for Oregon State University for 26 years, receiving his Ph.D. in Marine Geophysics from OSU in 1997, ultimately achieving the rank of professor, senior research within the OSU-NOAA cooperative institute at the Hatfield Marine Science Center. Bob lives in Seal Rock with his family, where they enjoy long beach walks combined with agate and fossil hunting, as well as hikes in the coast range and central Cascade mountains. 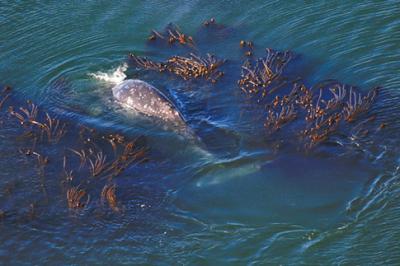 Predators must consume enough prey to support costly events, such as reproduction and migration. Meeting high energetic requirements is particularly challenging for migrating baleen whales as their feeding seasons are typically restricted to a limited temporal window and marine prey are notoriously patchy. This talk discusses the potential role that prey quality has in driving the discrepancy of population/group sizes of gray whales across two different foraging grounds in the eastern North Pacific. 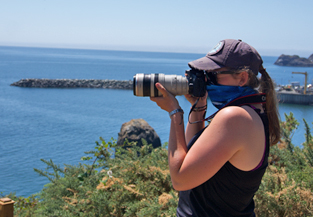 Lisa Hildebrand is a third-year graduate student at Oregon State University in the Department of Fisheries & Wildlife under the supervision of Dr. Leigh Torres in her Geospatial Ecology of Marine Megafauna lab. She is an international student from Germany who very quickly after moving here in the fall of 2018 fell in love with Oregon and all it has to offer. Lisa has undertaken research on a handful of marine mammal species including bottlenose dolphins, harbor seals, humpback, blue, and now, gray whales, who have become the focus of her graduate research.

Sharks of the Oregon Coast

You have certainly heard about sharks in Oregon, but have you heard about how important they are to our coastal ecosystems? Throughout the world’s oceans (and some rivers and lakes too) sharks play critical roles in maintaining healthy ecosystems. Though Oregon’s waters are home to large shark predators like Salmon sharks, Sevengill sharks and White sharks, we know very little about their roles in our coastal marine ecosystems. In this talk I will present how we study sharks, what we have learned about them along the west coast of the US, and the future of shark research in Oregon.

Photo left: Hitching a ride with sharks. Electronic tags allow us to ride along with sharks to learn about what they do, where they go and who they see. 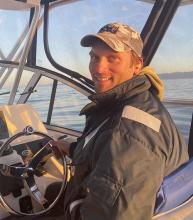