Explore some of the coastal habitats near the Hatfield Marine Science Center in Newport, Oregon. 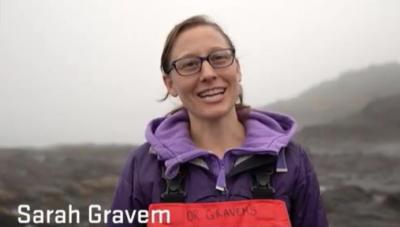 Climate Change at the Land-Sea Interface
Join us for an informal chat with an OSU researcher studying how climate change is affecting the rocky intertidal zone of Oregon. Find out who they are, how they got interested in this habitat, and the research questions they are asking. In this video, our very own Sarah Gravem will be talking about the effects of climate change on Pacific Northwest intertidal communities - including Sea Star Wasting Disease. 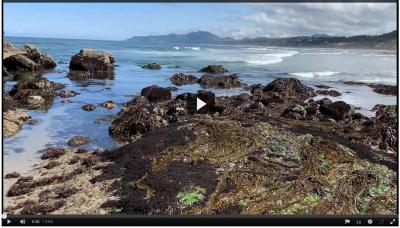 Oregon Coast Tidepools
Explore the tidepools of the rocky intertidal zone on the coast near Newport, Oregon.  See kelp crabs hidden in the surfgrass, brightly colored Orchre sea stars, and red, green, and brown seaweeds shimmer in the sun. In this un-narrated tour, walk along the shallow pools formed in the rocky coastline at low tide and see the abundance of marine life in this dynamic environment. 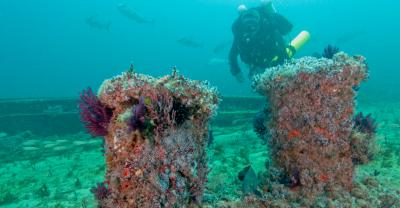 Hatfield's Artificial Rocky Reefs
Join researchers at the Hatfield Marine Science Center as they take you on a guided (but un-narrated) tour of an artificial rocky reef near the Center. Go diving near Newport Oregon and see sea stars, crabs, and a myriad of seaweeds that have settled and started to colonize this artificial reef structure. This video project is part of the Virtual Field's Ecosystem Exploration Series and is funded by a grant from the National Science Foundation as part of a collaborative project of the Organization of Biological Field Stations. 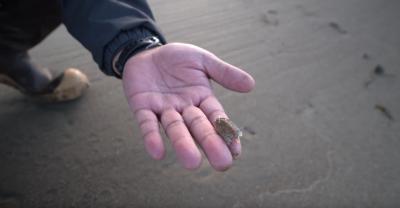 Finding Mole Crabs
Join Itchung Cheung, Hatfield’s Academic Program Manager, on a sandy beach near the Hatfield Marine Science Center in Newport, Oregon as he looks for mole crabs buried in the wet sand of the surf zone.  Mole crabs prefer to stay burrowed in the sand so these small crustaceans can be hard to find but Itchung will show you a few tell-tale signs that you are not alone on the sandy beaches in Oregon.